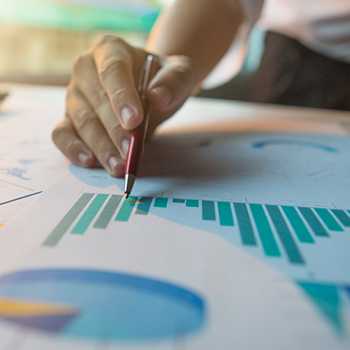 In the midst of the global pandemic, the world’s economies significantly slowed down. The COVID-19 pandemic was an unprecedented event for the insurance industry and presented an increasing number of claims, which led to a negative impact on annual growth.

The United Arab Emirates was one of the least impacted regions due to the COVID-19 outbreak and thus did not witness a severe halt. The UAE’s insurance market is the largest and among the most profitable in the GCC. According to 2019 data, the UAE is the top performer with a 2.9% penetration rate and is expected to remain stable at 2.9% over the next five years. In the first half of 2022, the United Arab Emirates insurance market will be dominated by three major players: Orient, ADNIC, and OIC. Orient contributed the most and maintained its top rank, followed closely by ADNIC as they captured most of the market share of about 20.2% and 20.1%, respectively. Gross written premiums are picking up a good growth of about 7.8% in the first half of 2022.

Saudi Arabia has the GCC’s second-largest insurance market. Out of 27 companies, two major players, Bupa Arabia and Tawuniya, kept their corresponding rankings from the previous year. The largest player in the Saudi Arabian insurance industry is Bupa Arabia, which has maintained its lead over Tawuniya. Both businesses had GWPs of more than SAR 6.5 billion.

The Saudi Arabia market maintained GWP growth of about 5% in 2021. We expect this to remain in the same range for 2022, backed by the kingdom’s expected economic recovery and further supported by the Hajj and Umrah medical insurance programmes and other new covers such as the inherent defects insurance scheme.

Net profits are a simple-to-understand performance statistic. In the first half of 2022, the insurance markets in the UAE and Saudi Arabia both had a significant recovery, with net profits of roughly AED 837.2 and SAR 146, respectively.

With the way things are progressing, we might see a positive end to the current year. However, the threat of a global recession, promoted by the Russia-Ukraine war and the OPEC+-induced oil shortage, might reverse the positive effects and bring the industry back on its knees